Farewell to a Best Friend – In Memory of Martsch The Cat

Last night my friend Sandeep lost his best friend whose name was Martsch. For the past 7 years, these two have formed a beautiful friendship as you can see from the many photos below. For the past few years, I would show off the pictures of the two because they were such a  radical pair of dudes. Sandeep is 100% rock and Martsch seemed to embody the same spirit and energy as him. The term a match made in heaven comes to mind when I think of them.  I was totally crushed when I heard the news of the passing of Martsch. When a loved one passes it is so hard because there is nothing that we can do for the people that are hurting. We cannot take their pain away. Because I am helpless in assisting my friend in his grief I decided to share my thoughts here.

Over the years, I have seen a few beautiful perfect relationships. A few of them were human-human relationships  but others were very special human-feline/canine relationships. The latter can be as meaningful as when two humans are together. These fellow earthlings are so loving, kind, wise, sweet, fun and perfect companions to us, humans. One great example is Eric O’Grey and his relationship with his dog named Peety. They were able to transform each other’s lives. If you are unfamiliar with his story, you can hear it here.

Sandeep and Martsch was another one of these perfect relationship between human and feline. I always looked forward to the stories that he would share about his pal and the great pictures. So when I saw the one that is shown at the top of this page, it just crushed me. To see the last moments of two beings so interconnected yet knowing that things would never be the same after this frame of life is simply painful. But it also gives one hope because loving that passionately is what we are here to do. Love is the life force on this planet.

Sandeep is a very special friend because he was the very first male vegetarian I ever knew my age. We met in 7th grade in Jass Band and I would join him and his family when they would go to their Hindu prayer group. I did not understand the prayers but I could see that it was a very beautiful and peaceful group so I joined when invited. Also, their food was incredibly delicious! About 3 years ago shortly after I went vegan I learned that Sandeep had made the same decision. He is one of 4 friends from middle school who have gone vegan.

I want to thank Marsch for loving and supporting Sandeep for these years and helping him become the man he is today. 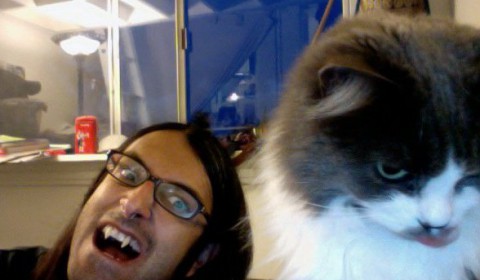 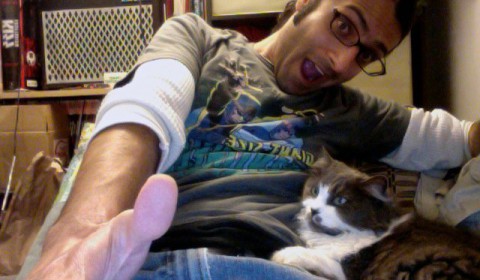 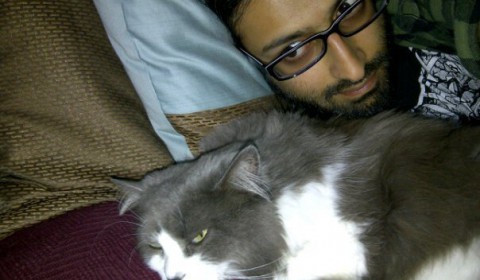 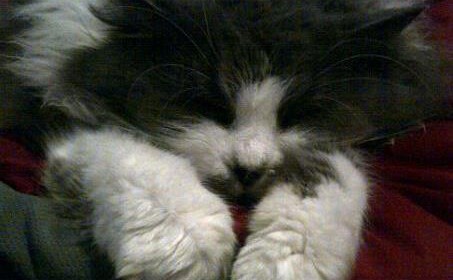 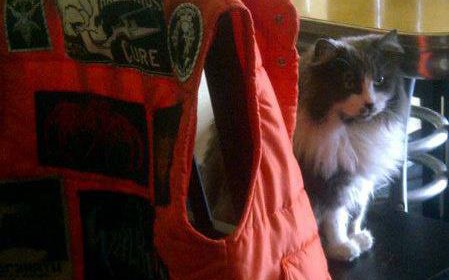 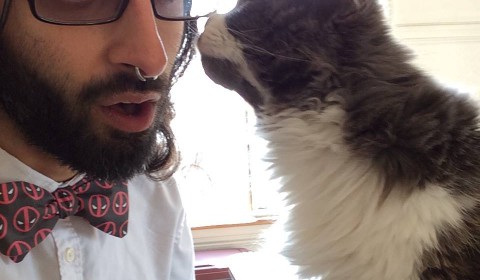 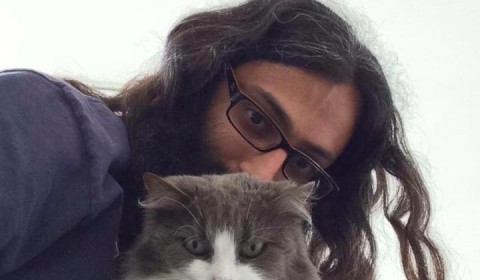 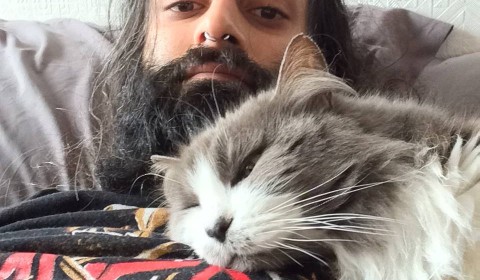 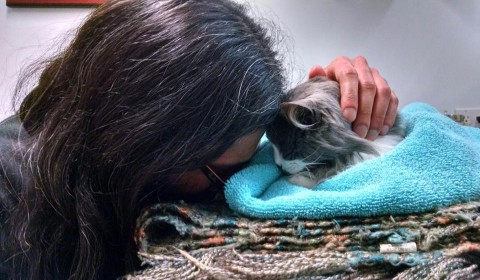